Free community based forum for those following the 5BD

EATING DISORDER SECTION NOW ACTIVE!!! -- This forum is for those who suffer from a LEGITIMATE Eating Disorder (i.e. Anorexia, Bulimia, EDNOS, Binge Eating, Compulsive Over Eating, Orthorexia, and Other Eating Disordered Behaviours) - UNDER NO CIRCUMSTANCES WILL BULLYING, JUDGING, FLAMING, TROLLING OR ANY OTHER NEGATIVE BEHAVIOUR BE TOLERATED!!! - You will be banned or suspended without Question! -- Eating Disorders are a serious issue and not everyone is ready for support this is why this section has been created so users who feel the need to talk about various issues, problems, plans, etc can be do so in a safe environment... While 'Pro' behaviours are asked to be kept to a minimum on the forums themselves they are not restricted however support for people looking for genuine support must be provided! -- Be kind to each other -- Respect a persons condition (regardless of the Disorder or Stage they are at in either personal life or in there Eating Disorder) -- When asking to gain access to this section PLEASE don't be embarrassed, hesitant or shy - no judgments will be passed and this forum was made for a reason! : ) -- Venting is good! just remember to support each other -- The forum is opened to all Sexes and Genders and descrimination based on any aspect of a person will not be looked upon favourably -- When the Forum is opened there will be a male and a female section as well as a combined section - incase anyone would like to post more 'private' or 'specific' things.
Sorry to all members who were exposed to the recent vulgar SPAM attacks, I have done my best to remove all SPAM however if I have missed something please use the contact form to email me, or PM me. Thanks

I agree with Snow! When I read about your card idea, the first thing I thought was, that would be a great diet book! I want a signed copy too! lol

I am just thrilled with your idea and I'm holding you to the signed copy!!!

Take Debbie seriously about marketing your book! She is very good at what she does!

I'd love to see you weigh in every day and post your numbers. 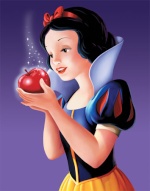 Snow White wrote:
I'd love to see you weigh in every day and post your numbers.

I'm not weighing in for 100 days, don't try and tempt me! But if you want to come over everyday I'll step on the scale and close my eyes and you can keep track.

I just don't need/want daily feedback, it will only feed into my desire to tinker with the diet. That's my rationale. Stepping on a scale feeds my curiosity, but I usually fall into one of these situations:

I definitely know I'm losing weight, I just don't know exactly how much and won't for a while. Trust me though, your curiosity can't be greater than mine.

So for meal two I drew one of my 10 high-calorie meal cards. I was actually sad to see one go this early.

You'll notice I'm also tracking "average daily calories." In the end, this number will come out to 600 because of how I planned the diet out. So when this number is under 600 I feel like I'm "winning" because it means there are more high calorie meals left to go in the cards, and when it's over 600 I feel like I'm on a losing streak because it means future meals will be tougher.

I don't think I'll be able to check in tomorrow, but I will report back on Sunday. Have a good weekend everyone.

You too.. Happy weekend 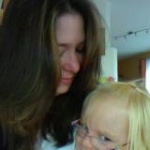 Still plugging away. If I had to guess I'd say I'm down around 10 pounds or so. While I won't be stepping on a scale for another 95 days, there will be some benchmarks I pass that will let me know about where I stand, weight-wise. Mainly in the form of clothes I've worn at certain weights.

If you think my diet is convoluted, you should see my exercise program, it too is based on playing cards and randomness. I'm sure you can probably tell a lot about a person by the weight loss program they're drawn to. I bet the 5-bite diet draws people who like a challenge, are slightly impatient, and are willing to take a risk.

Pulled another one of my "big meal" cards today. Not really happy about that. That means there are only 8 left for the next 94 days. But that's what happens when you leave things up to chance.

Snow White, I'll post my exercise routine on Wednesday. It's going to take a while to write it out.

A full week in. I feel like I'm definitely on a roll now and have the momentum to see this through, although October 18th does seem a long way off.

Wow, you seem to be doing great! I'm impressed and inspired! Yes, October does seem like a long time away but it will be here before you know it.

I drew another one of my big meal cards today. I'm not looking forward to a string of 200 calorie days in my future, but that's definitely going to happen at some point along this journey.

I didn't want to make exercise mandatory, because then it becomes something you have a chance of failing to do and that can make you want to start all over. I didn't want to fall in that trap. So I decided to leverage something I enjoy, watching tv and movies, to force me to exercise. So here's what I did. I took another deck of cards and assigned an exercise routine to all the values (Ace thru King). Now, if I want to watch a tv show or movie, I have to draw a card from the deck and do whatever it tells me in order to earn that leisure time. So that means I can never use the excuse that I don't have time to exercise, because the only time it's mandatory is when I want to plop myself on the couch and watch tv.

I choose a wide variety of exercises, in a broad range of fitness categories, to affect every part of the body in a variety of different fitness discipline (strength, speed, cardiovascular endurance, balance, etc). And the duration of the exercises gets more intense as the challenge goes on (for example one of the cards is the "walking" card. On day one of the challenge, that card would indicate I have to walk one block. On day 100 it indicates I have to walk 100 blocks. The other categories aren't that great a difference but intensity or duration does increase for pretty much all of them.)

Here are the categories:

Ace: This is facial exercise from these old Jack Lalanne shows that are up on youtube. Yes, facial exercises. I swear I'm a heterosexual male. But I figure why not exercise the one part of your body that will be visible to everyone after your weight loss.

Two: An abs circuit. Building up to Ab Ripper 200 from the Power 90 series.

Three: Jack Lalanne again. I have a series of DVDs of his old shows from the 50s/60s. They're a blast to watch and good exercise too. I do an episode each time I draw a three.

Four: I do a series of isometric exercise. These are exercises where you're not really moving, you're just using your strength to hold your body in certain positions. Like wall-sits or planks.

Five: A series of exercises with a sledgehammer called Shovelglove.

Six: A series of exercise with indian clubs.

Seven: Balance exercises on the WiiFit.

Eight: Cleaning. It's not really exercise but it burns calories and it reminds me to clean my apartment.

Nine: Juggling with weighted juggling balls. The balls are only a couple pounds each. Which doesn't seem like much, but it is the equivalent of doing 80 curls with each arm every minute. It can wear you out quick. I'm building up to 10 minutes.

It's a series of exercises to increase stamina, endurance, longevity in the... uhm... bedroom. Hey, I did say "every part of the body." Why leave out that aspect of life when working out? If you're doing it right, you're going to be using certain muscles. Might as well keep them in good shape.

Queen: Tabbata protocol. An intense exercise regime that I do with shadow-boxing.

There you have it. I can go through a deck of cards in about 8-10 days. So on average I'll hit each of these exercise routines once every 2-3 days.

My god, another high-calorie card. Four in the first 9 days. Meaning there's 6 left for the last 91. I was tempted to shuffle it back into the decks, but I don't want to get into the habit of not doing what the cards tell me to do. I'm looking at these 100 days like bootcamp, I'm just following orders. (I'm sure I sound like a sociopath)

Dasher, thanks so much for posting your exercise routine. I know that was time consuming for you and I really appreciate it! I'm going to give it a try with my exercises. I'll just write it on index cards and shuffle them up...now to figure out 12 exercises I actually want to do...tricky!

Its great you have that before pic.. Thank you for sharing. What a great idea you had about the cards:D

Over ten days in. No stopping now.

I do have a couple weeks of vacation in the coming months. I know I won't be sticking to my playing card diet those days (but I won't go off the rails either), so they probably won't count towards my hundred days. Which means my end date will be a little later than expected. Probably close to halloween. That gives me a great idea for a costume. I suspect I'll be about 80 pounds down by then and I'll go to a party and see people that I haven't seen in a while. So I'll get some padding and make it look like I haven't lost any weight. And when people say, "Why didn't you wear a costume," I'll say, "I did, this is me three months ago." Then I'll pull out the padding and start strutting my hot self around. Brilliant!

LOL.. Love you idea.. that will be a great day! Wish I could be a fly on the wall.

The heat-wave in NYC finally broke a little today. I'm looking forward to autumn like crazy. Not just because it's my favorite season, but because this experiment will be over. But whenever things seem a long way off I just remind myself that this time is going to pass one way or the other. Might as well devote myself to what I want rather than look back three months from now and wish I had.

Hope everyone had a good weekend.

Your meals are sounding a lot better now...wish you'd get on the vegan train w/me!

Also, I wish you would weigh in at least once a week! I'm dying to know how it's going!

Can you tell any differences in how your clothes fit or anything?

Well, I can't give an exact number, but I would guess I'm down about 20 pounds at this point. As far as going vegan... that's not going to happen. You'll be on that "vegan train" yourself. And I'll be here at Pizza Station. (yes, I know there's vegan pizza, not my thing though). I've actually been a vegetarian for the most part for a couple years now. But for the purposes of this diet I've reintroduced some meat meals.